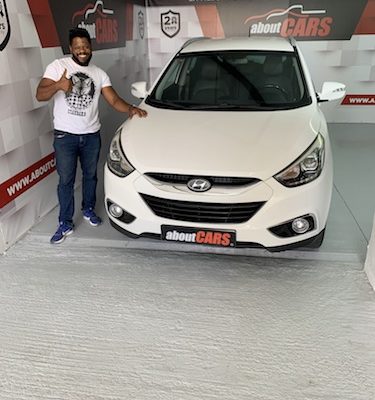 I have had a relationship with Wieberen and AboutCars since we first arrived here 7 years ago. I called him in a panic because my old faithful SEAT had given up his life. I need a very specific vehicle for my situation. Wieberen talked me through my options, offered to arrange financing and talked me out of a more expensive vehicle that would have suited us less. he made every step of the process easy and I`m in love with my new SUV. Higly recommend AboutCars. 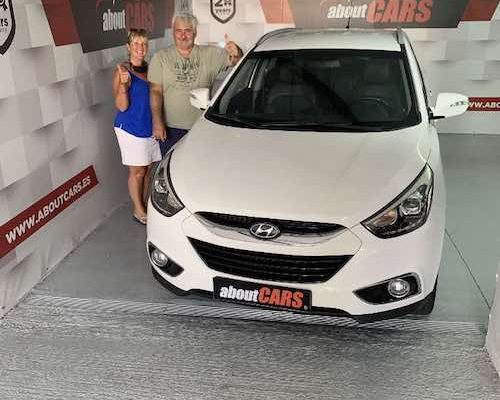 After purchasing our first car on the Island from Wieberen at Aboutcars and receiving his excellent service it was a no brainier to return when we were thinking of getting something bigger. Within a week Wieberen came up with a suitable vehicle and presented it to us cleaned to the highest standard and serviced ready to go. It is a joy to deal with Wieberen as he makes everything so easy and we can not recommend him highly enough. If you are thinking of buying a car here give him a call or pop over to the garage in Correllco and I guarantee you won’t regret it. It is an absolute pleasure to deal with him. 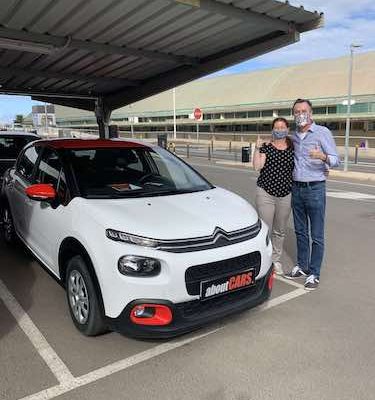 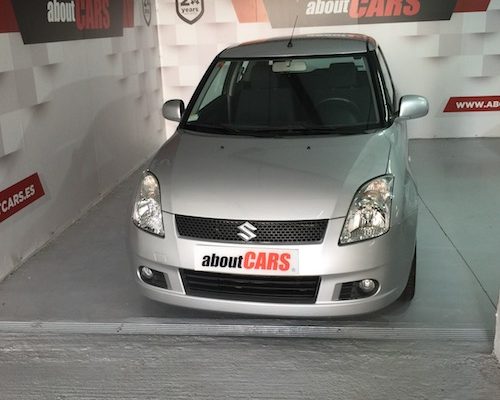 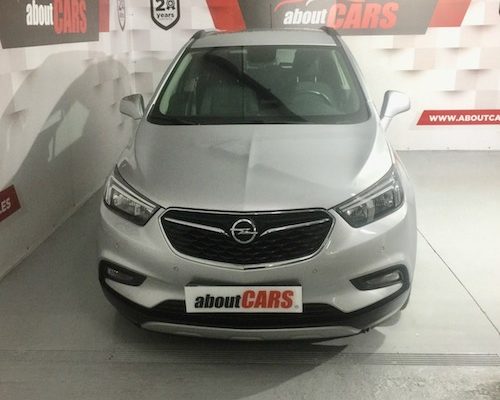 Aboutcars could be called Car Buying Made Easy. Having viewed their website I had a shortlist of cars in mind. Wieberen recommended a two year old Opel Mokka X Turbo which he was in the process of procuring. He claimed that the spec was brilliant, and, having owned the car for a month or so now, he was absolutely right. I live in Playa Blanca and the car was delivered to the port, along with all the relevant paperwork. All it took to buy the car, having received some photos of it, was a couple of emails and phone calls. See what I mean about car buying made easy? 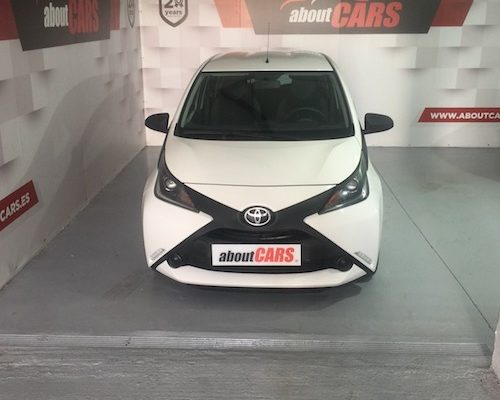 Absolutely BRILLIANT ! We have just taken delivery of our car and could not be happier. Wieberen has been so helpful and professional throughout. He bought the car over to Lanzarote and went through all the paperwork with me, which he had already taken care of. He recommended an Insurance Company whose quote was very competitive. Weiberen’s experience and knowledge has made the whole process stress free and easy. It has been a pleasure to purchase our little car from him. Thank you so much ! 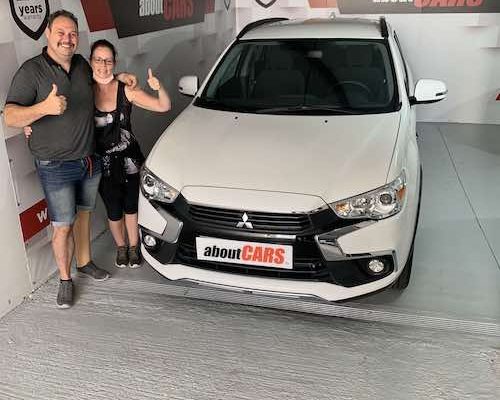 Super good service. we will come back for sure if wee need another car! 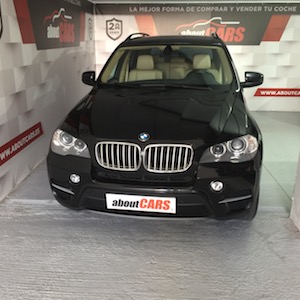 When we moved to Fuerteventura one of our first priorities was to buy a car. We quickly found out that the process was not quite as straight forward as we were used to in Ireland. I came across the ‘About Cars’ website, saw a car I was interested in and submitted a query about it online. Within a short time Weiberen contacted me and arranged for us to see it. It met our needs perfectly, and we arranged to purchase it. When we picked it up it had been prepared impeccably; serviced, valeted and with a new MOT.
Not only was all the relevant paperwork done and sorted out with the various agencies etc, Weiberen also helped us to arrange our insurance. We can recommend this company without reservation, they’re friendly, professional and efficient. We’ll definitely be back. 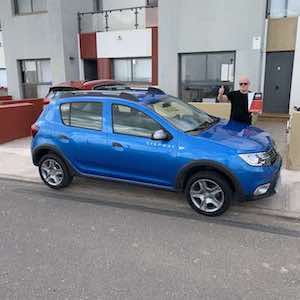 From finding the web site to talking to Wieberen then picking the car it was so easy from a test drive to putting the deposit on the car. Then having all the paperwork done and final payment made was effortless and was even better the car was dropped off at my house by Wieberen. I like to say thank for your time and effort.
Steve 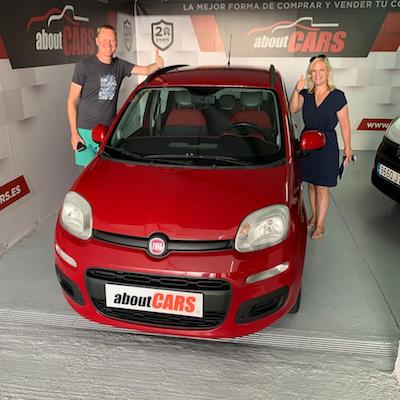 Because we have bought a second house at Fuerteventura we also needed a car. Because of the good reviews on the internet we have contacted Wieberen from Aboutcars. Finally we have bought 2 cars (1 Fiat Panda and 1 Fiat Doblo) and we were really glad with the good advice Wieberen has given us about buying cars which are suitable for the island. Also he helped us with the insurance and everything was settled within a few days, perfect! We would highly recommend Aboutcars to anyone. Thanks Wieberen and Machiel for everything! Ronald & Vivi